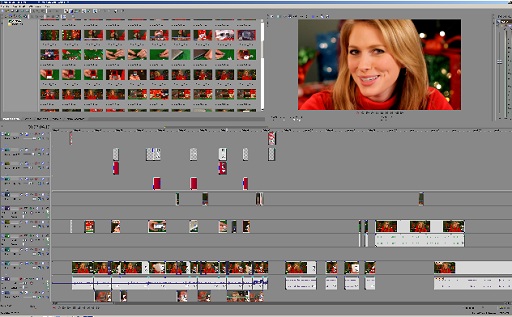 Sony Vegas Pro 11 is the latest release and now only runs on Vista and Windows 7. So for professional use let’s just say your only real option with Vegas 11 is Windows 7 as our experience with Vista hasn’t been all sweetness and light.

We installed Vegas Pro 11 on two workstations, an aging HP xw8400 and a factory fresh Dell T7500, basically the difference between a previous generation 2Ghz Xeon dual core and current generation 2.93GHz quad core. It’s clear that the latest version of Vegas Pro running on Windows 7 needs all the horsepower you can throw at it. While Vegas 10 running on XP didn’t have all the latest features it still ran pretty good with very few hiccups on the older xw8400, even with a handful of Universal Audio plug-ins running. We imagine there are a lot of folks still working on these systems, especially in a tight econonomy trying to squeeze out every last rendor before pulling the trigger on a system. If that sounds like you, stick with Vegas 10 running on XP. Windows 7 runs well on the xw8400 but Vegas 11 starts to choke a bit. On the newer system it runs beautifully, smooth like butter.

While Vegas Pro 10 claimed to have GPU support for accelerating H.264 renders we were hard pressed to notice the difference. Vegas Pro 11 is a different story. The GPU acceleration really works and it’s noticeable, especially on older systems. We tested the Quadro 600, Quadro 2000 and Quadro 4000 on both the older xw8400 and the new T7500 workstations. The xw8400 got a welcome boost in render performance and the quality of the output was very good, no real discernible difference with CUDA cores turned on and off. The T7500 is a pleasure to use with or without GPU acceleration so the acceleration was less noticeable here because the system is screaming fast already. By the way, the Dell T7500 is a very quiet box by the way, a bit ugly but really nice acoustic design and quiet airflow.

Vegas Pro 11 comes with NewBlue Titler Pro from NewBlueFX. NewBlue has been ramping up its product profile and has released a plethora of really useful and friendly to use video effects plug-ins for all major NLE platforms. Getting it for free with Vegas Pro 11 is a nice bonus and comes in handy for text heavy style video when you’re light on proper assets to work with. Titler Pro could not be easier to use and we'd like to see Sony mimic this ease of use with its "Pro Type Titler" which has a very quirky workflow and UI which I know frustrates some users. We look forward to more vendors embracing the open FX platform in Vegas. It's great for Vegas users.

We got Vegas Pro 11 up and running just in time to edit this holiday gift guide for SanDisk. We easily combined the Sony EX and Canon 7D material in post while sweetening audio on the UAD cards. As we mentioned above, you need the proper horsepower to make it worthwhile. Having HDSLR support is great as we love using these cameras. Of course, Vegas Pro `11 stil supports just about any kind of video format available. We primarily work with P2, Intra 100, 50, XDCAM, HDSLR..etc. We encountered no strange behavior mixing and matching a variety of codecs on the timeline. Red and 3D support is great to have as well.

Sony has created a new menu structure for rendering files in Vegas. It jarred us a bit at first but we quickly caught on and found it useful in the way presets can be saved and “starred” so you can toggle your favorites on and off when it comes time to render. We’d like to see batch processing and automated FTP added similar to what Sorenson Media does in Squeeze. For now, we’re happy to have the GPU support and will continue to kick out a master files and do subsequent renders in Soreson. But it's great to be able to render most standard formats directly in Vegas Pro 11  for client approval and we're doing more and more of that because of the GPU support and subsequent faster render times.

That’s just a brief review of the things we thought made a different in our day to day work. If you’re looking to squeeze a few more renders out of an older system hold off on Vegas Pro 11. If you’ve got a new system with plenty of power running Windows 7 we’d say it’s worth making the move.