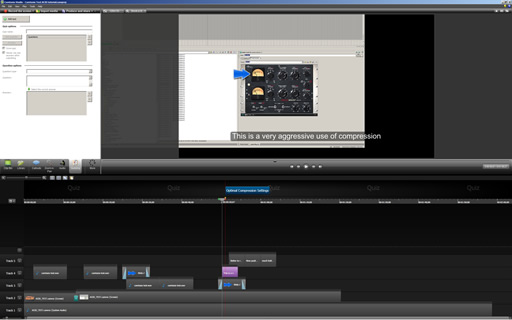 Camtasia Studio 8 really impressed us. It now includes full editing capabilities, unlimited tracks, a very nice UI, intuitive workflow and the ability to render 720p H.264 HTML5 videos that look pretty darn good. This means you can create a tutorial for nearly any screen from laptops and PCs to smart phones and tablets.

Prior to the Studio 8 release we would only use Camtasia for screen capture and use one of our favorite NLEs for the final edit. TechSmith has really improved the integration from capture to edit and made it seamless to the point where using another program to edit the screen capture is no longer necessary.

The capture codec is improved and provides a full 30 frames/second at 720p. This makes all the difference in the world and provides for very clean renders for YouTube or other platforms.

Here's a list of the formats available in Camtasia Studio 8 when rendering your finished project. 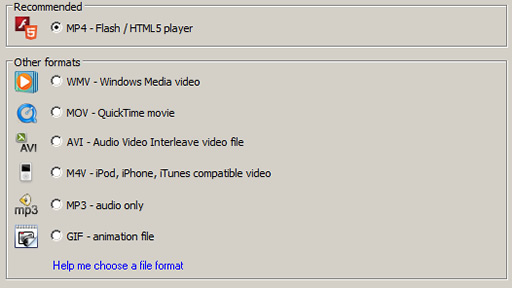 We instantly put Camtasia Studio 8 to use by capturing a few screens for a SSD firmware upgrade video we produced recently for SanDisk.

Using Camtasia Studio 8 is dead simple for experienced content creators and anyone with the willingness to play and experiment should quickly catch on. TechSmith makes very good use of the right-mouse-click which presents intuitive options in Camtasia Studio 8. This is a mature product that's hitting its stride and it shows in both the feature set and overall usability.

It's now possible to add interactivity in the form of a quiz in Camtasia Studio 8. Again, just a couple of clicks and you're adding questions and gates to your content. Even without using the interactive features the visual callouts and a plethora of transitions help to keep the content interesting and engaging.

TechSmith has already established Camtasia as the leading screen capture software. Now with the Studio 8 version it's on its way to becoming a very good editing program as well. The improvements in quality, workflow and interactivity all add up to a compelling release for both new and experienced Camtasia users.

Visit TechSmith for more information about Camtasia and to download a free trial.