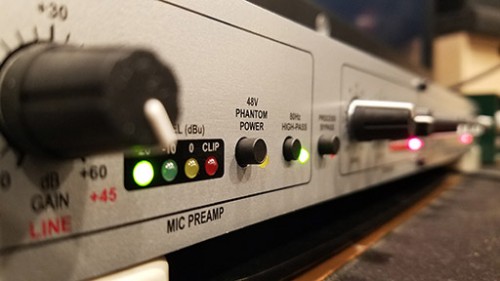 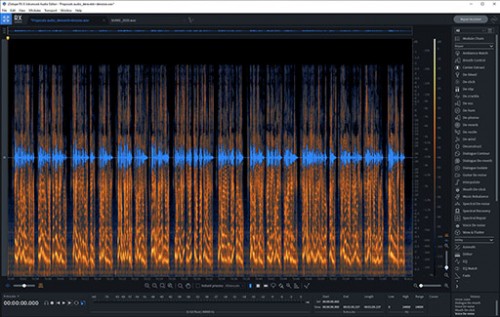 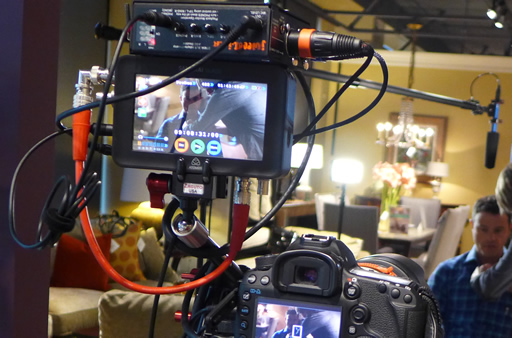 The Atomos Samurai Blade is an excellent addition to a DSLR video workflow. We recently used the Blade on a shoot recording 4:2:2 ProRes from a Canon 5D Mark III. This codec eats up about 43% more storage compared to native files created by the 5D. So, for example, if you're used to using 128GB worth of CF cards on a shoot, a 128GB SSD won't cut it. You'll need a 256GB SSD to account for the increased data rate that the Blade requires.

So is it worth it to have another box hanging off your DSLR rig? For the most part yes. One of the reasons we like shooting with the C300 is the audio is captured directly which saves us a step in post. The 5D of course has the mini jack for audio but in most cases benefits from using recordings made to external audio recorders.

Now with the Samurai Blade we capture in ProRes or DNxHD and we have the audio in synch with an edit friendly codec ready for post. Best of all, we capture to SSD which is more rugged and plenty fast to plug right into our workstation. We would never advise using HDDs in the Blade. It's just silly to risk a hard disk failure when SSDs are available at $99 for 128GB.

Atomos really pimps the Blade as a multifunction devices, especially the quality of the monitor. Our DPs agree. The Blade is sharp, crisp and has beautiful color. The screen on the Blade is 5 inches in size, runs at a native resolution of 1280 × 720, and also works as a Waveform monitor/vectorscope and includes other functions such as peaking, zebras, blue only, false color, it's all pretty much here.

The screen is bright and is good for shooting in most conditions. Atomos has a sunshade option which should significantly improve shooting in bright conditions but we didn't use it.

We're liking the waveform/vectorscope. Simply switch it on and choose full-screen, bottom right as an overlay, or show the scopes as a horizontal strip down the bottom of screen.

When we shoot with the Canon 5D Mark III we like to capture DNxHD or ProRes to the Blade and a backup copy in the native Canon MP4 format direct to Compact Flash.  Capturing the audio in synch with the video can be done by adjusting the settings on the Blade.  In our tests we were able to synch the audio by adjusting the Blade +5.   Of course we also capture audio to the Sound Devices 664.  This way we have multiple copies of both audio and video.  Capturing the audio with the DNxHD and ProRes video saves us the task of synching it in post.  Depending on your geat you may have to experiement a little before you get everything synched up.

The BNC connectors are full-size, industry standard. This device is built to connect to anything in a post production or broadcast environment. The unit feels light and solid. The recorder will trigger over SDI from camera giving you seamless start/stop recording. We used the dual recording feature to capture to CF and SSD simultaneously. The ProRes footage is cleaner. It doesn't have that darkening effect of the MP4 codec inside the 5D. Yes, it's subtle difference and without having side by side footage to compare they both look great. But, if you want the cleanest footage and better performance in post ProRes 4.2.2 or DNxHD are both excellent choices.

So how do you know you're getting the good stuff? The Blade is a great unit for reviewing and pre-editing your footage. You can quickly review footage, marking clips as Favorites or Rejects; you can also mark "in" and "out" points for each of the clips you select this information can then be exported as an XML file readable by your NLE. We didn't use this much but nice for organization.

One of our DPs said, "My view on the Blade is that it is so good as a monitor I would use it for this reason alone. ProRes recording is something I don’t always have to have but good monitoring is essential."

The Blade is light and portable and runs off light-weight Sony batteries or compatible batteries. You can use the Blade on-camera, off-camera, or attached to an arm and position wherever you wish. We used it with our Zacuto rig.

The accessories that come with the Blade seem a little unrefined. We have the external box the SSD slides into and the external connector that the SSD just snaps onto. The box could use some refinement, such as softer rounded edges. You could easily cut open a cardboard box with the sharp corners on this thing.

Other than the accessories the overall Samurai Blade package is dynamite and is a good addition to most any video acquisition and post workflow, especially with cameras such as the Canon 5D Mark III or similar.

Visit Atomos for more information and all the specs.