Windows 7 Is Worth It 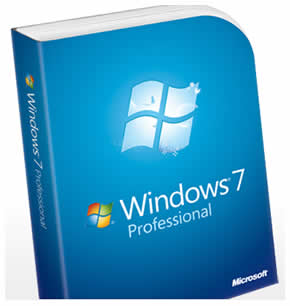 There are no shortages of reviews about Windows 7 so we’ll keep it nice and short. If you’re a “PC” and your system can handle it you should be running Windows 7. We recommend the OEM version of Windows 7 Professional. You should be able to find it for $129 or so.

The only reason not to run Windows 7 is if your system is simply too old or you currently have a business app that generates money for you that runs better on XP. For example, some audio and video applications have not been fully vetted on Windows 7. So the funkyfresh studio is still running XP. The rest of our systems will be upgraded to Windows 7.

When in doubt go fresh. A new install on a new hard drive is well worth it. We did not even consider the upgrade/migrate patch. Just back up all your important files and start fresh. Windows 7 installed faster and with less mouse clicks compared to previous installations of Windows XP. We did a fresh installation on 3 systems; an aging Dell P4, a dual core ASUS based AMD system, and a modern HP workstation. Windows 7 automatically installed all the drivers except for the high end sound card and video card drivers. All in all, we have to say it was very smooth. We're very happy with the latest Samsung 7200RPM Spinpoint drives by the way.

Once Windows 7 is up and running your next stop is a web site that can automate all the applications any decent system should not be without. Ninite.com is extremely handy for installing a bunch of free and essential apps such as Picassa, Filezilla, Adobe Reader, Firefox, Winamp, Spotify, Hulu, Flash , Microsoft Security Essentials and more. What a treat it is to select all these great apps and install them with 1 click. This alone will save you hours when outfitting a new PC with all these great apps

Windows 7 starts faster, sleeps faster and generally feels better. We have not run into an application we regularly use on XP that doesn’t run well on Windows 7. We like simple things like being able to “pin” apps to the taskbar and “snip” and crop whatever’s currently displayed on the screen, no more need to “control print screen”. Connecting and removing USB devices is faster and takes less clicks. Search is much better. Certain utilities and tools that you had to hunt for are easier to find such as restore. In general, it’s the upgrade XP users have been waiting for. If you’re a “PC” Windows 7 is a good place to be.

Go for 64bit if you're apps and hardware drivers support it. It'll give you access to all your RAM. The SSD experience is also improved on WIndows 7. A good benchmark system for the small office is the HP Z800. Load it up with an SSD for the system drive, several Samsung Spinpoints for data, a new single slot Quadro card from Nvidia and you'll be more than happy with the performance. If you want to build your own, start with one of the new Supermicro cases and a 1000 watt power supply and go from there. Windows 7 finally offers a Windows platform that is stable, fast and, dare we say, fun to use on a state of the art workstation.