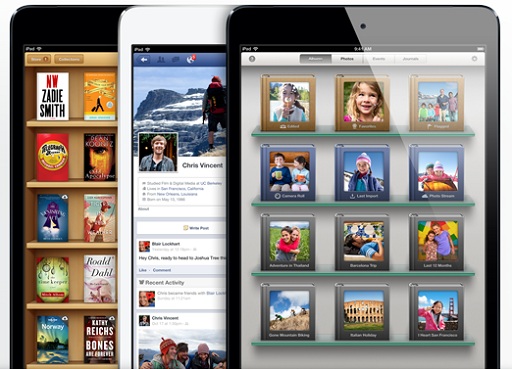 The Kindle Fire HD is an appealing product and a great choice if you consider it a media consumption device first and full featured portable computing device second. If you’re looking for a full featured portable computing device first and media device second it’s worth paying the premium for the iPad mini if it’s in your budget. 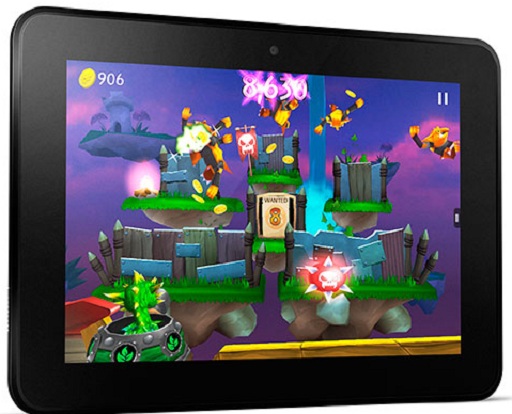 The Kindle Fire HD is great for kids and has additional features that aren’t available as part of the app for the iOS. So it’s better than just downloading the app and running it on your iOS device. Amazon has created a compelling full-featured device, although, based on our recent Southwest flight we anticipate the primary uses will be reading books and playing games, and not necessarily in that order. Amazon Prime customers benefit from a library of content that can be “loaned out” or viewed without an additional charge.

Amazon still has a long way to go on it’s design. The front facing camera resembles the button at the bottom of an iPad. Everyone we showed the device to repeatedly pressed the camera lens as if it was a button. And once they figured out it was the camera couldn't understand why it wasn't on the other side of the device. The on/off and volume buttons on top of the device could be improved to make them easier to use as well. Again, for the price the Kindle Fire HD is hard to beat but don’t expect the elegant design of the iPad mini.

The iPad mini is a beautiful device. This is what Apple does better than any company on the planet. We’re all used to the way iOS devices work. So whether you pick up an iPhone, iPad, iPad mini, iPod…whatever, it works the way you expect it to. Plus all apps are thoroughly vetted and best of breed.

You can read countless reviews comparing the specs of the iPad mini, Kindle Fire HD and Barnes and Noble Nook for that matter. There are differences in the display technology, processors, expandable memory…etc., but we consider most of these differences negligible in real world use. What the Kindle Fire HD needs is two cameras.

We’ve yet to see anybody in our testing community complain about screen resolution, memory or processor speed. What they complain about is, “How do I take pictures on the Kindle Fire” or “where is the app that let’s me do x or y”. With the digital convergence of all our mobile computing devices we’ve come to expect full functionality from all our devices no matter the price point.

So if you want a full-featured computing device with the best design pay up for the iPad mini. If games, books, other entertainment are the primary uses and budget is a concern the Kindle Fire HD is a great option. The content perks that come with an Amazon Prime membership also gives the Kindle Fire HD an edge as a consumption device.