Prince Declares "The Internet is over" 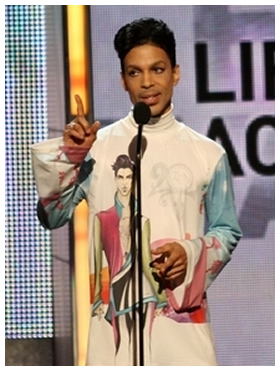 Prince is releasing his new album "20Ten" as a free CD with the Daily Mirror in London. During a recent interview he declared the "Internet is over".

At first we thought this was some type of prank by "The Onion" but apparently The Purple One believes the Internet will soon go the way of MTV and become irrelevant. "The Internet is completely over," Prince told the Mirror. "I don't see why I should give my new music to iTunes or anyone else. They won't pay me an advance for it and then they get angry when they can't get it."

Wait, it gets better. Prince doesn't seem to like electronics at all aside from what he uses to make music as he went on to add, "All these computers and digital gadgets are no good," he said. "They just fill your head with numbers and that can't be good for you."

Prince does not intend "20Ten" to get a download release in addition to the free CD distribution with newspapers and magazines. He has also shut down his official website and does not plan to license new music to download stores or subscription services. U.S. distribution is in question.

Prince is one of the funkiest artists of all times and would be in the funkyfresh hall of fame if we had one. Perhaps he is once again ahead of his time and all this Internet stuff will just blow over. Not likely but we can't say we would be all that disappointed if it did. For now, we're pretty much overflowing with 1s and 0s.