Top Drawer - Song of a Sinner

Kudos to the music supervision teams that worked on "Hunters" and "Barry" available on Prime Video and HBO respectivley. Both used this song in recent episodes. The final episode of season 1 on Hunters was especially haunting. Such a great gem from the 70s.

Postmodern Jukebox 1950s cover of "STAY" by The Kid LAROI

Postmodern Jukebox is one of the greatest things on the Internet. We love all of their covers and they bring exceptional production value to these live performances. Thank you for bringing your creativity and joy to the world.

Marc Cohn is awesome in this. "What do you mean I'm already in in?" Big Wet can certainly pull off more mainstream stuff too. This is one of the better pardody songs. Pete Davidson brings the funny with the nostalgia.

Comet is a beautiful sounding reverb with a powerful yet intuitive design. The GUI has an organic nature to it that responds with both sonic and visual feedback allowing you to dial in both lush spaces and straight ahead reverbs. The visual feedback is in the form of, you guessed it, a comet. It turns out to be a really great way to represent how the various settings impact the sound of the space. More discrete trails in the comet represent less diffusion. The comet gets bigger or smaller to represent size and the comet trails get longer or shorter depending on the decay settings. Dial up the detune settings and the comet trails are less directional. It's a really smart way to design a reverb GUI and provides instant visual feedback. It's certainly one of the most intuitive plug-ins we've used and very easy to dial in an effect.

Most importantly, Comet sounds really, really good. It's equally effective on separate instruments, vocals or an entire mix.  In our video samples below you can hear it on a dry Moog lead sound, Korg Opsix and a full mix. It's easy to lose yourself in the sonic trails of Comet.  And it's not just the wide open lushness. You can get the sound of  tighter, smaller rooms with more discrete reflections or massive lush spaces with endless decay. With extreme settings you can create interesting effects that go beyond what a typical reverb plug-in can do and create syncopated effects.

Polyverse is aggressive on the pricing and you can grab Comet for $100 or so during special sales. We think it's a great tool to have in your sonic arsenal. At $149 Comet is very competitive with other reverbs on the market and the only one we've seen with such an inventive GUI. it's not your typical take on a hardware unit emulated in software.  Like David S. Pumpkins, it's its own thing.  We highly encourage you do download the demo and play with it. Check out our video and visit Polyverse for more on Comet and their entire lineup of plugins.

She's Pulp Fiction ready. Will she change her name to Olivia White? Jack and Olivia will no doubt make more cool tracks. 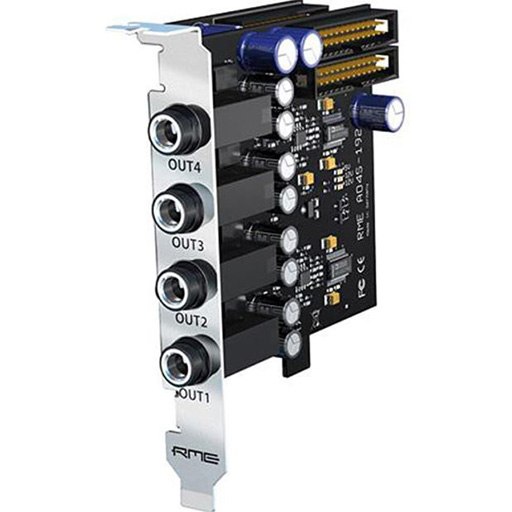 We could use more of this in the world, especially now. We once watched a group of 300 students sing this while they jumped up and down and it was inspiring.

The Robots are Here and They're Here to Help 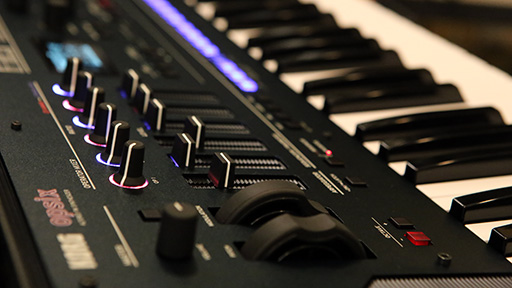 The opsix is a powerful little FM based synth from Korg that sounds really good. Korg has made FM programming accessible with the opsix. They've included many of the iconic key and bell sounds you'll recognize from the DX-7 days but that's just a fraction of what the opsix is capable of. The presets are so good. Come for the built-in sounds, stay for the addition to discovery.

After downloading the 2.0 update we were impressed by many of the new presets that are complex patches that sound really good. With or without the built-in effects of the opsix the instruments you can create are very musical.

We love the way the opsix pairs with something like a subsequent 37. It's just the right combination of analog and FM we like. We found ourselves firing up the opsix more and more to simply explore the sounds and tweak the faders and knobs to see what we could come up with. We don't remember FM being this fun with the DX-7.

The opsix is cheaply made and does not inspire confidence upon unboxing. It's a lot of plastic with a really cheap keybed and, well, it's a lot of cheap plastic. We feel we could accidentally damage any of the various in/out jacks on the back of opsix easily. The main controls, knobs and faders are fine and we also love the way the opsix looks. It photographs really well. But it's really cheaply made. The BOM or bill of materials must be really low on this sucker. So kudos to Korg for making what we imagine is a fairly profitable unit at scale.

So yeah, it's cheaply made and we would have liked a much better keybed. However, what counts is the sound and the opsix sounds great. It really does. The built-in effects are really good and it pairs nicely with outboard gear too. At times, we simply forgot we were playing an FM based synth. It's that good. It's not just bells and biting sounds. The opsix can do warm pads, poly sizzle, and interesting atmospheric sounds as well. It's an extremely versatile synth and would be a great first synth to learn what FM can do.

Would be nice to see Korg release a sound module version of the opsix unless they plan on doing a better versions with a proper keybed with a much better feel and aftertouch...etc. For users where this is not their primary keyboard this isn't an issue. However, it wouldn't take much much to improve the keybed for the opsix plus.

Visit Korg for more information about the opsix and all the specs.